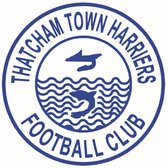 Harriers returned to winning ways on Sunday with a very experimental starting line-up.
With a number of players playing out of position it only took 3 mins for Cougars to break through the defensive line to open the scoring, however Harriers resilience showed and after some good link up play in the middle between Jack T and Max S the ball broke kindly for William to slot in the bottom corner and score his first Harriers goal.
It didn't take long for William to double his tally and after some great play by Jack A down the right the ball broke kindly again to put Harriers in front. 2-1 at the break.
Harriers started the 2nd half brightly and the experimental defense of David, Freddie and Harry didn't look like conceding and even with a number of substitutions the momentum was maintained.
The introduction of Jack W as an outfield player didn't reduce our threat going forward and when the ball broke to Cormac he smashed the ball home.
Man of the match was a difficult decision this week as there were a number of players that proved themselves very versatile in a number of differing positions including Freddie, Jack A, David, Jack T, Max S and our new back-up keeper Max G!!

MOM was Jack Woodrow for a great 1st half display in goal and an equally accomplished display outfield in the 2nd.